What is a music producer

The music producer is ultimately responsible for the final sound of a music production. He is also the intermediary between the artist and the record company, and who is in charge of both the administrative tasks, budgets and organization of the project, as well as the technical and artistic tasks of the album.

Many music producers work with the artist or band from the beginning, and collaborate in the composition of the songs and lyrics, filtering and choosing the repertoire, making musical arrangements, and already in the recording studio, playing instruments, recording vocals, and supervising every step of the production at all times, up to the audio mixing and the fina mastering.

The real music producer is the one who manages to turn the original idea of the artist or group into a finished commercial product, which connects him with a record company and a record contract, which finally ends up releasing his album to the market.

Behind every Hit there is a great music producer who knows what to do, when and how to do it.

What does it take to be a music producer

Just as a film director is in charge of everything related to his film, but does not perform any of the necessary tasks directly, a music producer does not have to be a composer, musician or sound engineer to be a music producer, if not just knowing how to manage and surround yourself with good professionals with these skills.

Being a musician, listening to a lot of music and having technical knowledge is important in today’s world of music production. But the only characteristic that is essential to be a good music producer is having the ability to turn a musical theme into a competitive product that the public likes, and that triggers the interest of a record company to sell it in the market.

La palabra productor procede del latín productor “el que lleva por delante“. And it is that to be a producer it is not always necessary to know music, if not to have that ability to see ahead of others, and see what can make a song stand out above the rest, so that it finally reaches success.

Why is a music producer necessary on a record?

Every artist needs to make a living from his art and for this he needs to sell, and it is the music producer who has the ability to turn ideas into a final consumer product, well finished, packaged and ready to sell or present to a company.

Artists are not male orchestras, and sometimes they have many ideas but they cannot do or play everything, and it is the producer’s job to fill these gaps with other musicians, choirs, etc … Sometimes the artist’s songs are not finished, or they have parts that do not work, are mere ideas or only have the chorus, etc … and it is the producer who is in charge of supporting this creative work.

Sometimes the problems are not ideas, but rather technical ones. The artist knows very well what he wants, either because he has heard it on another subject, or because it has just occurred to him, but what he does not know is how it can be done, something that a producer with a more technical profile can help to achieve. quick way.

It is not possible to make a record without a music producer, whose main function is to turn the idea of an artist or group into a commercial product ready to sell. It is not necessary to be a musician, play instruments or be a sound engineer to be a good music producer, but have the ability to anticipate the needs of the music-consuming public, to adapt and shape the songs of an artist, so that stand out from the rest and become best sellers.

Creative producers are usually musicians or composers, who are involved in the creation and composition of the songs, in addition to arranging music and also playing instruments in the studio. Within this type of creatives we find the figure of the Hit Maker, is that person who may not be a musician, but if he knows the type of beat, tempo, chorus, sounds, gimmick or hook that are in fashion at that time, that gives the song that touch necessary for its success.

A special case of Hit Maker would be the current producers / Djs, who although they are not musicians or play instruments, with hundreds of sessions behind them are true experts in analyzing in real time what their people hook and like and make them dance. That is to say, they live professionally by playing music and seeing how people react to it, that’s why some of them have become great producers.

Technical producers are usually sound engineers, although not always, but in any case they treasure a great knowledge about the equipment necessary to make the recording in a technically correct way. They know how to choose the perfect mic for each artist’s voice, the type of amp for that guitar that the artist has in his head, or how to compress the bass to get the interpretation to be correct.

But not everything is hardware, a technical producer also helps to materialize those ideas that the artist has in his head and does not know how to achieve, and that thanks to his knowledge they manage to give the artist his own stamp. Sometimes artists know perfectly how or who they would like to sound like, but they don’t know how to do it, and it would be the producer’s job to achieve it.

The executive producer is the one who normally puts the money to run the production, and who has direct contact with the record company for the commercialization of the product. Sometimes it is the same person who does the technical or creative work, and other times it is just a person specialized in selling artists and records like others sell furniture or cars.

In any case, whether he puts the money in or not, he is the one in charge of coordinating the sessions in the artist’s or group’s studio, managing and paying the session musicians, the choirs, the extra backline, and controlling every euro that is it spends on production to fit within the allocated budget, among other administrative tasks as we will see later.

Within music production there are professionals with different skills and abilities, who may fit better than others in certain projects. There are more creative producers who are involved in the composition and musical arrangements of the songs, others more technical, perfect for the recording and mixing stages, and finally the executives, who are usually the ones who pay for the EP or album, and are in charge of contracts, budget, and contact with the record label or record company.

Is being a music producer the same as producing music?

In recent years, easy access to technology and alternative distribution networks has added confusion to the term music producer.

Being a music producer goes beyond placing, more or less fortunately, a few loops prerecorded in software like Ableton or GarageBand. However, some music producers call themselves music producers for doing just that, and they even differentiate between old-style producers, and new producers, that is… they, hehe…

Music production is just one of the stages or phases in the creation of a single, EP or record album. Music producers are usually creative producers who take care of shaping songs, putting rhythm, chords, creating the melody, hooks, etc.

In other words, a music producer deals exclusively with music or instrumentals, and they have a lot in common with arrangers. We could say that music producers are 2.0 arrangers, or their logical evolution. Before the arrangers worked on a ruled paper, and now they do it in front of a machine with the help of a musical software or DAW.

Therefore, a music producer, although he can also bring creativity and give the project its own identity with his musical arrangement, has nothing to do with the role of the music producer on an album. The job of a music producer encompasses many more tasks, and it is he who manages the entire process of creating a single, Ep or album until it reaches the market.

Stages in creating a single, EP or album

The main function of a music producer is to help the artist at all times to capture his original idea and turn it into a finished commercial product ready to sell.

Their functions range from being the one who makes the initial budget and who cares that it is strictly adhered to, to controlling the final mastering touches.

But also those who ensure a creative and calm environment in the studio, sometimes act as the artist’s psychologist, maintain the initial vision of the project throughout the process, and who make the often difficult but important decisions.

These are the stages or phases that all musical production goes through until it becomes a physical album.

Budget making
Signing of the record and production contract
Licenses for the use of covers, samples and loops
Composition and musical arrangements
Recording and Production
Additional recordings or Overdubs
Edition
Mix
Mastering
Credits or Label Copy

All musical production stops through many stages before becoming an audio file or commercial disc for sale, and in many of them the collaboration of a music producer is essential. His work will not only be reduced to helping the artist turn his music into a consumer product, but also all kinds of legal issues, contracts, licenses, etc… without which the mere duplication of the music would be impossible. disk in a factory.

I hope with this article I have clarified the difference between a music producer, and a music producer or person who makes music with a computer. But also that you have understood that if you want to become a good music producer, it will not be enough for you to study in a sound school, no matter how much you end up being a megacrack driving a Solid State 4000, or the best compressing technician in history.

Being a music producer implies a whole series of extra knowledge that implies being good at executive tasks, having a certain power of conviction and command, but also a left hand to deal with people, in addition to knowing music and having listened to a lot of music and of all kinds to be able to be innovative, and to be able to earn a living as a freelance producer.

Of course you have to start with something, and learning to play an instrument, or compose music, or start a production career in a school is a good first step towards becoming a music producer.

But above all, RUN AWAY from any propaganda that promises to tell you the secrets of music production in a few hours or days, and that assures you that you will become a successful music producer overnight by attending their online course. .

This profession is very long and not at all simple, and the training process never ends, since like the rest of disciplines, technology and cultural movements mean that, what you knew yesterday … will no longer be valid for tomorrow. But it is a profession that also brings many rewards, and best of all… you can do what you like and that you will be paid for it. 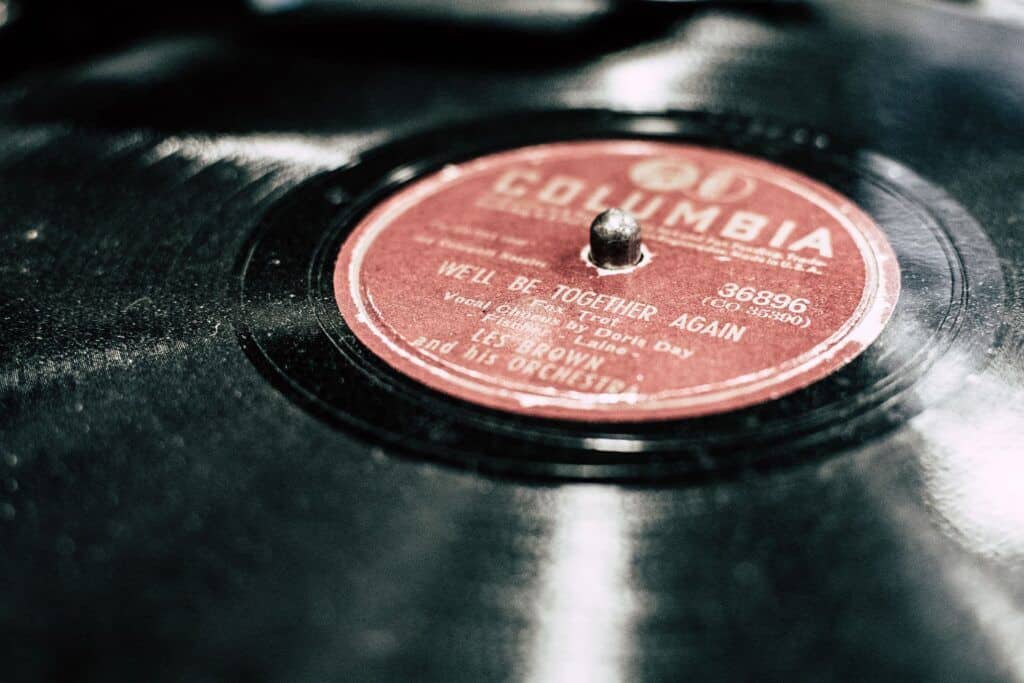 Following the stages of music production is essential for the success of an album and avoiding delays and extra costs. Learn what they are. 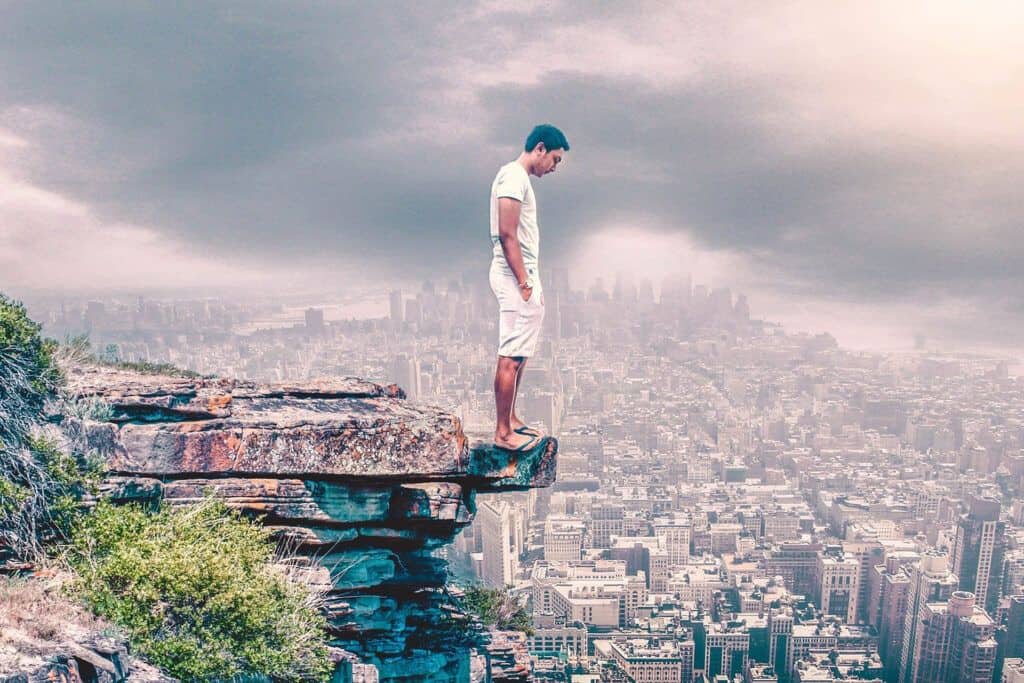 Have you ever wondered what you should get paid as a music producer or sound engineer? This guide and its tips will help you.